Mistakes beginners make #1: Getting too close to the subject

In these next three posts, I wanted to share with you the top three “mistakes” that those starting out in food photography commonly make. I am not wanting to be too negative here by using the term “mistakes” – certainly these were all things I did myself when starting out, as you’ll see from the examples.

But one of the best ways in which we learn and grow is by evaluating ourselves and building on where we see an opportunity for improvement, so hopefully by going through these “mistakes” and how to overcome them, it may provide you with an “a-ha” moment that will lead to a break-through in your own creative development.

One of the main mistakes beginner food photographers make is getting too close to the dish.

Looking back through my earlier photos, there are a LOT of these images! I think I was trying to zoom in on the detail of the dish, but in some of the photos you can barely even make out what the food is!
There are a number of reasons why beginner photographers get up close and personal when starting out –  it could be that they’re not quite sure how to compose an image, or they may not have any (or be comfortable using) backdrops and therefore try to “crop” out the background by getting closer to the subject. Or of course, there is the desire to zoom right in to focus on the main attraction, that is the dish itself, which makes sense, right? After all, the food itself is what we’re wanting to see when we look at food photos. 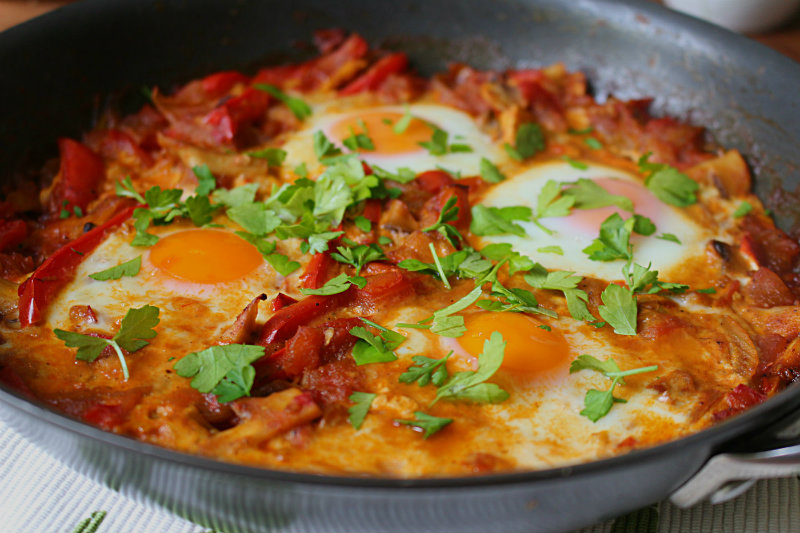 Eek! A zoomed in shot of this shakshuka looks more like a messy bowl of fluorescent orange slop, with a little parsley garnish.

However, getting too close to the dish can actually be to it’s detriment. Not only can it make the shot appear too busy and often make it hard to tell what the shot is even of, but cutting out the background doesn’t allow for viewer to get a glimpse at what else is going on in the shot. An ingredient in the background, and area (such as a kitchen or outdoor space) can all add to the mood, intrigue and appeal of the image, and helps for the food to tell it’s story.

This is an important aspect of getting your viewer to connect with both you, your food, and your photography.

“STEP AWAY… from the subject.” 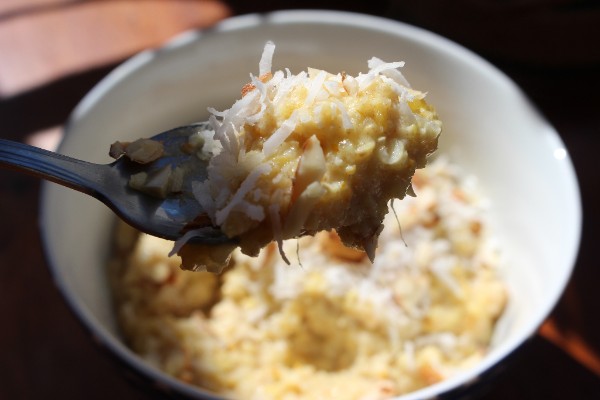 I took the above image of some orange and almond millet porridge a few years ago, and zoomed in to show some detail.

Zooming in this closely however – particularly for something like porridge which is not particularly photogenic – does nothing to highlight the flavours of the dish, or even to show what it actually is! In fact, if I didn’t know any better, I would guess the subject here was some over-scrambled eggs, or perhaps an egg-y rice pudding.

In contrast, a zoomed out shot of porridge, such as the one below, can actually show more detail of the dish, in a different way. The ingredients in the background tell what is in the dish, and you’re also given a sense of when and how it is served. This adds mood and allows the viewer to connect more with the place and setting, allowing them to actually imagine being there eating the porridge. 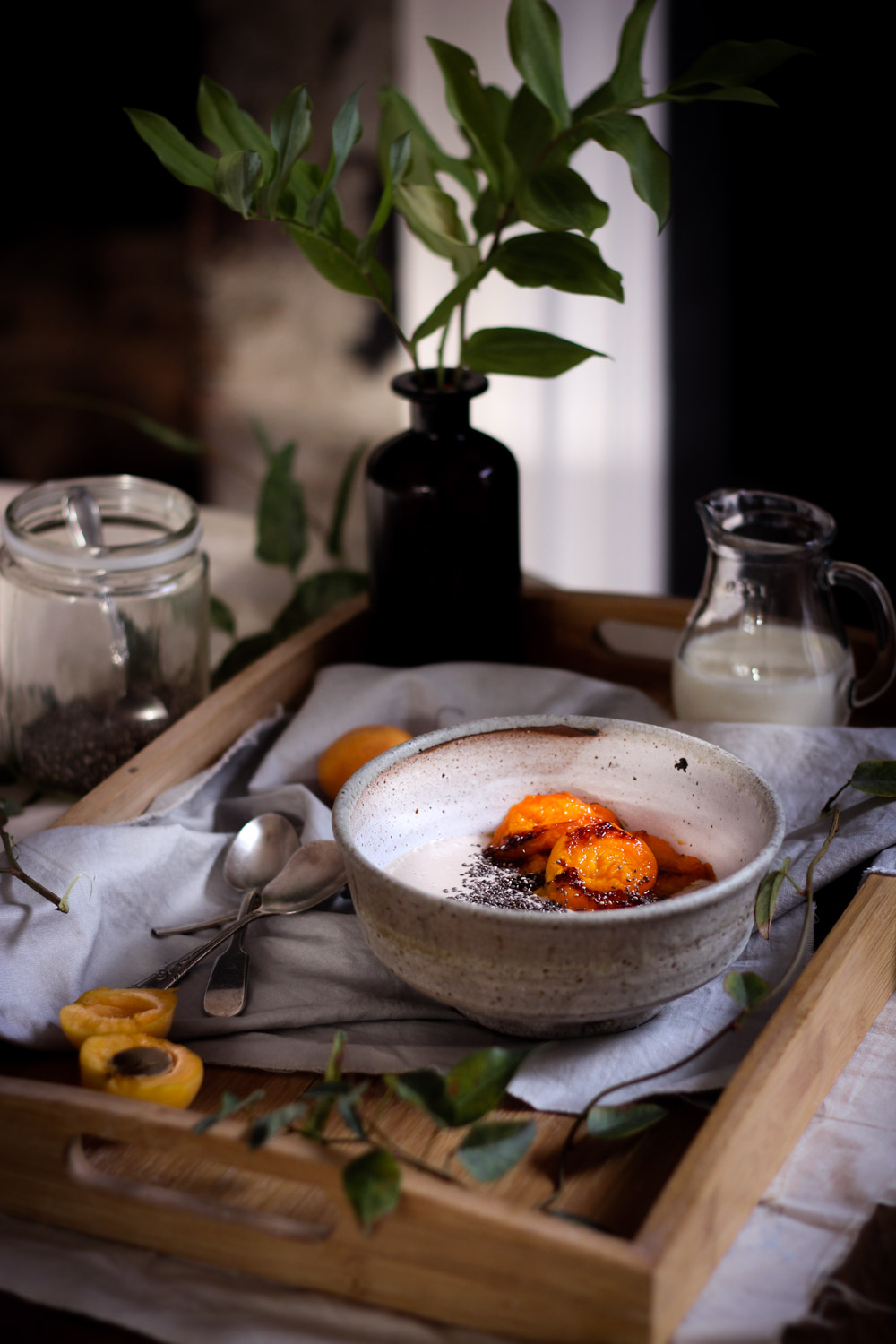 Let your viewer see some of your surrounds. Include some “hints” in the background as to what is in the dish, where you are eating it or where you made it. Through doing this, you’ll be able to give the viewer a better idea of what it is exactly that they are viewing, and ultimately a better base to start imagining themselves enjoying the dish.

The Food Photography + Styling Guides discuss in more depth the various angles of photography, and which ones work best when shooting food.

We also break down photographic techniques such as the Rule of Thirds for you to consider where to place food within your shot.

BACK TO MORE BLOG POSTS